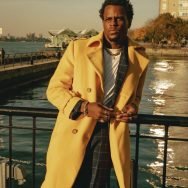 Sports mainly as well as friendships… A lot of my friends growing up I met there and they are still my friends to this day; created some of the closest friendships I have. We literally played basketball, soccer, and football all day long after getting out of school and finishing our school work. Almost every kid was athletic and the competition was intense on all levels in every sport. Just knowing I was playing against some of the most gifted and talented kids across the board was fun and of course, joking daily on one another. Some of the most fun times in our lives.

Wow… So many don’t think I can narrow it down to just one because even after I graduated from high school and went off to college, I came back and worked during the summers and at camp BTI with Mr. Capps, Ron Williams, Rodent McClamb, and so on. But if I had to select one… It’s a culmination of times. Myself, Stewart Rouse, Brian Sessoms, and Steve Ruffin used to play 2 on 2 basketball literally every night until the Club closed when we were teenagers and basketball season for school was over. We used to have some of the roughest, toughest games but it was always genuine and we talked trash all the time and kept a record of wins/losses for our last two years in high school. Once 7/8 pm came around and we knew we had the gym or the side of our court to ourselves, we used to go in. They used to let us close the Club down lol. Major times and memories.

NEVER GIVE UP. Ron and Box always had us working hard. Not just at sports but in school as well and made sure we did our work before we touched that court.

I think two of the first people outside of Ron and Box that were role models to me were two guys: Rashad and Brian. Rashad was just so cool to me; I was only like 10 maybe 11 and I really looked up to him. His mom knew my mom and used to let Rashad take me out to lunch, take me around Raleigh, and just show me different stuff. Brian worked in the gym and he was just dope to listen to because he was older than most but he had graduated from ECU and played football there and would talk about his college experiences to us and have little life lessons here and there.

The question is: How did it not?! There is so much the Club did for me whether it was helping me get into college– actually, Ron helped with my college recruiting; meanwhile, my own high school coach didn’t do a thing. I met lifelong friends that I still talk to today. I even met one friend, Amy, who works in the same field for dinner in Brooklyn last week. She and I discuss things like this all the time: How do we go from little old Raleigh to living in NYC or traveling the world for work? A lot of that came from being members of the Club and being around amazing people.